How is plastic made year 1

How is plastic made?

- I have a question for you, how is plastic made?

- Ooh, that is a really good question.

These days, plastic is getting mentioned a lot in the news.

And not in good way.

floating in parts of the ocean.

And maybe you've heard the fact

So if plastic gets littered or tossed on the ground,

it's often there to stay for a long time.

Not only does that look ugly,

it can harm wildlife that mistakes it for food

or gets tangled up in it.

all these problems, what good is plastic?

Like, why do we even have plastic at all?

Before I say anything more,

now would be a good time to pause the video and discuss.

Why do you think we have plastic?

Well, there's not just a bad side to plastic,

there's a whole other side of plastic

what I like to call the good side of plastic.

And to know what's good about plastic,

it's helpful to know why plastic

was invented in the first place.

You see, a long time ago, more than a hundred years ago,

plastic wasn't even a material

that things could be made out of.

It hadn't been invented yet.

That means any of the things in your life today

which are made out of plastic,

think about it, that means everything from combs,

to eyeglasses, to the toys you grew up with,

all of these used to be made of different materials,

materials we had to go out and gather from nature.

Materials like bone, wood, and antlers, even turtle shell.

One material that was especially valued was this, ivory,

which comes from the tusks of elephants.

People eventually realized that if they kept making things

there'd be no more elephants or turtles left.

Scientists and inventors stepped up

to try to solve the problem.

They experimented to develop a new material,

one that would be just as long-lasting and useful

as ivory or turtle shell,

but one that could be made or created

without having to go hunt animals.

And they discovered it, plastic.

One of the great things about plastic

was that lots of it could be easily made

the stuff we use to make gasoline.

By combining those leftover parts

with a strong substance known as acid,

that's how most plastic is made.

No animals have to be hunted to make plastic.

In fact, in a very real way,

the invention of plastic helped to save

many elephants and turtles.

But wait a second, how can a material that was

once good and helpful not only to us, but to animals,

also be the same material that people are saying

poses a harm to animals when it's littered?

The answer to this is that plastic, like many things in life

It totally depends on the situation,

For example, when plastic trash is littered,

the fact that it lasts a really long time

since now the litter won't break down very easily.

It looks ugly, and it can harm wildlife.

But this same property of plastic,

being so tough and long-lasting,

is exactly what makes it an incredibly helpful material

For example, in order for us to have

between all the different places on Earth,

people had to lay down giant metal cables

along the bottom of the ocean.

But the saltwater of the ocean

would damage the metal cables.

that could be used to coat and protect the undersea cables.

Thanks to this use of plastic,

people all around the world can talk to one another

on telephones and computers.

And that's just one of thousands of different ways

that people use the good side of plastic.

So in summary, plastic is created by combining

leftover parts of oil with a strong substance known as acid.

Plastic is a tough and long-lasting material

which can be good, or bad, depending on the situation.

That's all for this week's question.

Thanks, Muang, for asking it.

Now, for the next episode,

I reached into my question jar

and picked out three questions submitted to me

that I'm thinking about answering.

When this video's done playing, you'll get to vote on one.

You can choose from, who invented desks?

How do magicians trick us?

Or, why does it sometimes hail when it rains?

So submit your vote when the video's over,

I wanna hear from all of you watching.

There are mysteries all around us.

Stay curious, and see you next week. 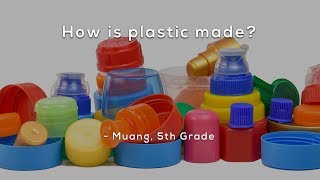 How is plastic made? 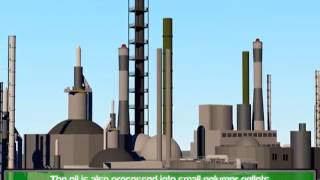 How Plastic Is Made 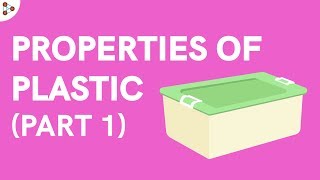 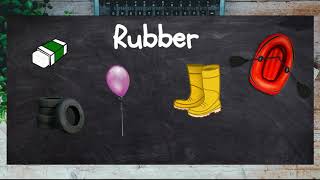 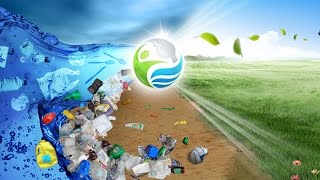 The Plastic Bank: Year 1 of Creating a Global Movement 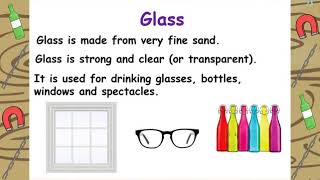 Year 1 Science - An introduction to the Science topic 'Everyday Materials'. 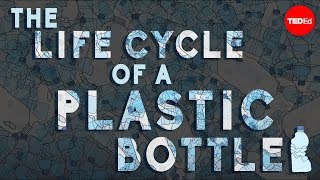 What really happens to the plastic you throw away - Emma Bryce 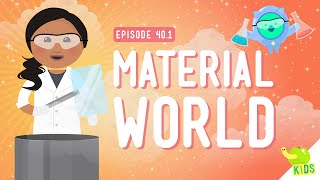 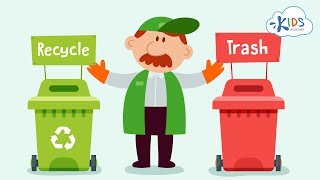 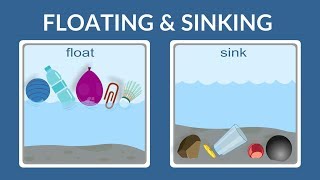