How is a semiconductor doped

Today we'll talk about doping, which

is the process of intentionally adding impurities

to a semiconductor in order to change

Doping is a critical process in the tech world.

It's used in manufacturing almost all semiconductor

Without doping, the solar industry would not exist,

but even though doping is common today,

the effects of impurities confused semiconductor

physicists in the 1950s, who had trouble reproducing results.

Eventually, they realized that contamination levels,

as low as 1 in a billion, were vastly

changing the electrical properties of their samples.

Today, we'll show you how this works

with a very simple experiment.

We'll be measuring the electrical conductivity

One is doped with impurities, phosphorus in our case,

and the other is ultra-pure, or what we call intrinsic.

Let's go over our experiment.

We'll start with a slab of silicon,

which we attach metal contacts to.

We'll use an ohmmeter, that we connect

to our sample with metal wires to measure the conductivity.

The conductivity describes how well

electricity can flow through the material.

The measured resistance from our ohmmeter

is related to the inverse of the conductivity.

The resistance also varies according to the physical size

and shape of our sample, which adds

a length over area term to our equation, like so.

Rearranging this equation, gives is what we're looking for,

Let's measure our samples, and estimate the conductivity.

Here are two samples, notice that the doped sample looks

identical to the intrinsic one, or undoped sample.

Because we've only added trace impurities,

the optical properties are nearly

identical between the two samples.

Let's hook up the ohmmeter to the intrinsic sample.

We can see that the resistance is 130,000 ohms, which roughly

corresponds to a conductivity of 0.0002 inverse ohm centimeters.

Let's compare this to the doped sample.

We read a resistance of 34 ohms, which

So we can see that the dope sample is around 3,000 times

But why would adding small amount

of our doping, about one phosphorus

atom for every million silicon atoms,

On the periodic table, we see that silicon

is in the fourth column, which means

it has four valence electrons.

Phosphorus, which is just to the right in column five,

has five valence electrons, one extra compared to silicon.

I'd also like to point out boron in column three,

with one fewer valence electron than silicon.

Later, I'll explain what happens when you add boron as a dopant.

We'll start with a 2D representation

of a single silicon atom, with the nucleus in the center,

and its four valence electrons in a silicon crystal,

keep all of the electrons effectively immobile, and are

therefore, unable to aid in the full electricity.

Our intrinsic silicon, or undoped example,

has this material structure, which

is why it has a very low conductivity.

Let's quantify this relationship between conductivity and mobile

n is a number of free or mobile electrons.

Again, in this drawing of intrinsic silicon,

all electrons are covalently bonded so there

are no mobile electrons, and n is 0.

The symbol mu represents the mobility, a material parameter

which you can look up in a textbook, or online,

and it basically describes how well the charge can move around

e is simply the amount of charge that each mobile particle

possesses, which in all of our cases,

is simply the charge of an electron.

So let's ask, what happens when we add dopants like phosphorus

and boron to the silicon lattice?

Now, let's dope our material by replacing one of the silicon

atoms with a phosphorus atom.

and for contrast, we'll dim the background silicon lattice

so we can emphasize the dopant atom.

Notice that the inserted phosphorus atom

has five valence electrons, four of which

The fifth electron is not bonded, and as a result,

is free to move around the lattice.

When the negatively charged electron leaves,

So we see that each phosphorus atom that is added

will contribute a single mobile electron.

So basically, in our case, the number of mobile electrons

is roughly equal to the number of phosphorus

atoms in our system.

and put in an element with three valence electrons,

We see here that boron lacks the necessary valence electrons

to form covalent bonds to its four neighboring silicon atoms.

This missing electron is actually referred to as a hole,

and is represented by an H+ symbol.

This hole acts as a mobile positive charge

because it can swap places with neighboring covalently bonded

electrons and move around the crystal.

When the positively charged hole leaves its nucleus,

So we've demonstrated that introducing

atoms that have one more, or one less, valence electron

than silicon, can add mobile charges

and make the material more conductive.

In our examples, the conductivity of silicon

is proportional with the density of either phosphorus or boron

While phosphorus and boron both affect the conductivity

in a very similar manner, they introduce

and immobile positive charges, while boron

This subtle difference between phosphorus and boron dopants

will be crucial in our final video

when we discuss solar cell operation.

Today we learned that we can use doping

to control the conductivity of semiconductors

by changing the number of mobile charges in the material.

When we look at the range of conductivities

that silicon possess, it is truly amazing.

Through doping, we have a very powerful way

of varying the conductivity of semiconductors.

This is something that is not possible in other classes

Next time, we'll be discussing how

light can be used to generate mobile charges in silicon,

so watch our next video.

I'm Joe Sullivan, and thanks for watching. 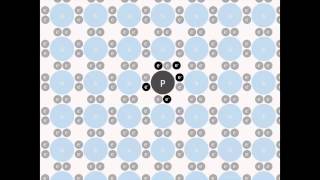 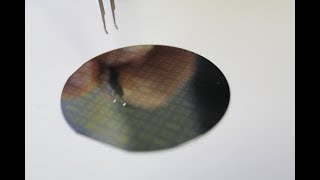 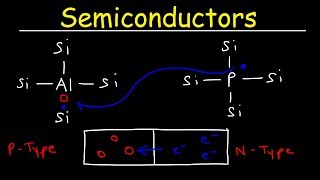 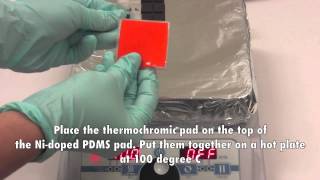 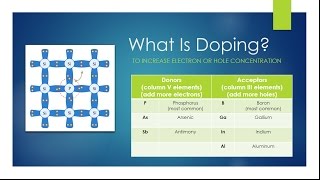 What Is Semiconductor Doping? 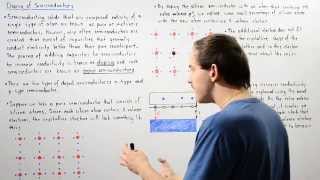 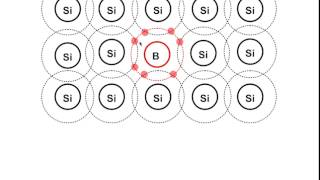 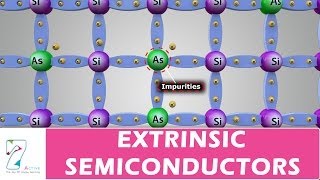 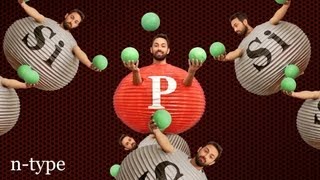 How Does a Transistor Work? 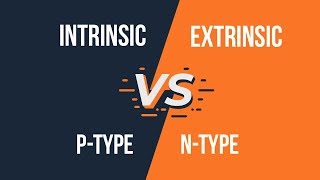