How is a cell phone battery made

How do Lithium-ion Batteries Work?

Exploring Lithium-Ion Batteries: How they work, Recharge, and Degrade by: Branch Education

It's crazy every second you use your smartphone, there's a chemical reaction,

like a baking soda volcano happening inside of it.

It looks like a solid device without many moving parts, but its true!

Inside the battery there's chemical a reaction that is continuously running and without it,

your phone would just be dead, which is something we’re all familiar with.

Let’s investigate this lithium-ion battery. How does it power your smartphone,

what happens when you recharge it, and probably what we’re all wonder

Why does your battery die earlier and earlier in the day?

To answer these questions, let's open up this battery and look inside.

So first, how does your battery power your smartphone? Let’s start from what we know.

and supply power or electricity to our portable devices.

So, Electricity is essentially a flow of electrons and in our smartphone.

Electrons which are negatively charged flow from the negative terminal

and run things like the speakers or the display and then end up at the positive terminal.

So then, where does this flow of electrons come from?

Well, this is a lithium ion battery, so the electrons come from the element lithium.

At the negative terminal, which is technically called the anode,

lithium is stored between layers of carbon graphite, similar to the graphite in your pencil.

Graphite has a nifty crystal structure of layered planes

that allows for the lithium to be wedged in between each of the layers.

The technical term for this is intercalation.

Ok- Moving on, one inherent property of the element lithium is that it doesn’t like it’s outer-most electron,

and it wants to give it up.

this electron separates from the lithium and starts heading to the other side.

At the same time, the lithium leaves the graphite,

and becomes positively or +1 charged and is now called a lithium ion.

FYI- an ion is just fancy word for an atom

who has lost or gained an electron, and thus is charged.

When a lot of lithium atoms leave the graphite at the same time,

a flow of electrons is built up.

So, let's now jump to the positive terminal, which is technically called the cathode.

Here we have Cobalt that has lost some electrons to oxygen,

As a result, it wants to gain back an electron.

So, when we connect the negative and positive terminals to our smartphone,

the electrons flow from the lithium which wants to give up an electron,

through the circuits and components in the smartphone

and to the cobalt which wants to gain an electron.

Now here we run into a small issue.

With the flow of electrons from the negative to the positive terminal,

the cobalt side grows more and more negatively charged,

and the other side positively charged.

Yes, the electrons do want to flow in this direction,

that is growing more and more negatively charged.

This is because opposite charges attract, and similar charges repel.

So, to fix this, we give the now positively charged lithium ions

that recently left the graphite, a path to move to the other side.

This path is called an electrolyte, and its function allows for lithium-ions

to migrate over from one side to the other, while not allowing the electrons to move through it.

When lithium gets to the cobalt side,

it again wedges itself, or intercalates with the cobalt and oxygen to become Lithium Cobalt Oxide.

The lithium isn't regaining its electron-

that electron went to the cobalt, it's just balancing out the charge build up.

Throughout the day lithium atoms leave the graphite layers

and separate from their electrons to become lithium ions.

and into the positive terminal to join the cobalt atoms.

At the same time, the lithium-ions travel

through the electrolyte in order to neutralize the charge build up and keep the reaction going.

Here's the chemical formula for the reaction.

Thus, at the end of the day almost all of the lithium has left the graphite layers,

and joined the cobalt to become lithium cobalt oxide, and your battery is now running on empty.

Now that the battery is empty, let's recharge it.

applies a higher force on a flow of electrons in the opposite direction.

Electrons are pulled out of the cobalt,

thus returning cobalt to its +4 state and kicking out the lithium ions.

On the other side, electrons are forced onto the graphite,

which pulls the lithium through the electrolyte, and back into the layers of graphite.

As you see it’s the exact opposite of the earlier reaction, which is why this battery is rechargeable.

The lithium and its electrons move in one direction when you use the phone,

and the opposite when you charge it back up.

Ok, so now let's rewind and add a few more details of note.

First, these two sides can’t touch, If the anode and cathode were to touch,

and if there were any lithium left in the graphite,

the chemical reaction would accelerate uncontrollably and cause a fire or often a small explosion.

that allows the lithium-ions to pass through is placed in the middle.

And this electrolyte isn't an effective barrier because it's a liquid

aren’t good at collecting or distributing the electrons.

Thus, a conductive copper layer is added next to the graphite,

and a conductive aluminum layer next to the cobalt peroxide.

These two layers or sheets are called collectors.

Ok, onto third, these animations are showing 100% of the lithium moving from

the anode to the cathode, and back.

But in reality, there will always be some percentage

of lithium that remains in the anode, cathode, and electrolyte

despite the battery being fully charged or discharged respectively.

Continuing to fourth, in order to maximize the capacity of the battery,

and allow the battery to fit into your smartphone,

all these layers are folded and wrapped into a rectangular prism package.

Ugh, I know this is a lot, but fifth and final,

in order to regulate the flow of electricity,

additional circuitry is added to the top of the battery.

This circuitry prevents overcharging and damage to the battery.

So, then the final topic.

Why does your battery's max capacity reduce over time?

There are several reasons,

one of which is that sometimes lithium and the incoming electron

react with electrotye and organic solvent to form

compounds that are called a solid electrolyte interphase or SEI

thus reducing the overall quantity of lithium and

thereby reducing the max capacity of your battery.

Another reason is that when you fully discharge your battery until it’s dead,

it can result in too much lithium on the cobalt side,

which causes the irreversible generation of Lithium oxide and Cobalt (II) Oxide.

lithium and cobalt for future use.

So, one tip is to not let your battery run until its empty.

It’s better to recharge your battery at

That about wraps it up.

When it comes to batteries,

there are hundreds of different chemistries and compounds that allow them to work,

but they all work on similar principles.

one that wants electrons,

one that wants to give up electrons,

and then a path for the build up of charge to neutralize.

Thanks for watching! Here are 3 questions I’m going to leave you with.

If you do it I will pin the top questions for further discussion.

friends and family about something you learned today.

This episode is about lithium ion smartphone batteries,

and it branches to electric vehicle batteries

discussed by Learn Engineering, we recommend you take a look!

It also connects to galvanic and voltaic cells,

Post your comments with further questions, answers, and thoughts. 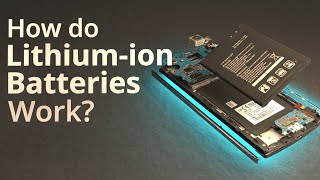 How do Lithium-ion Batteries Work? 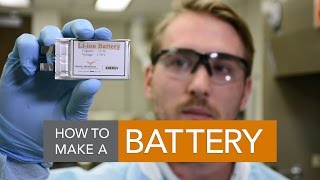 How to Make a Battery in 7 Easy Steps 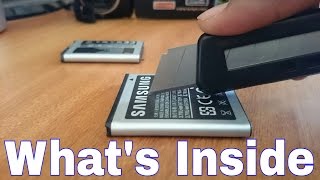 How Its Made - 052 Lithium Batteries 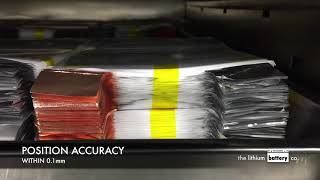 How It's Made - Lithium Ion Batteries 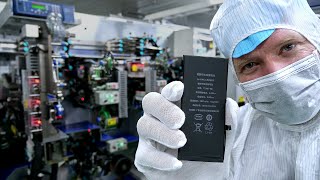 Inside an iPhone Battery Factory - in China 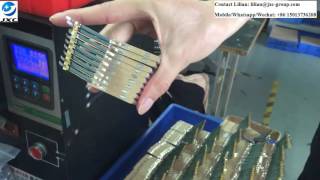 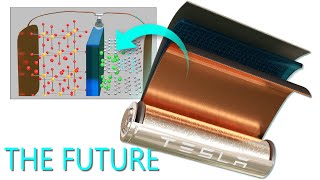 Lithium-ion battery, How does it work? 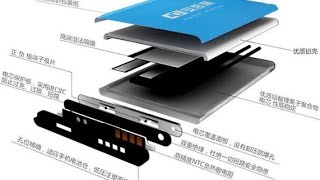 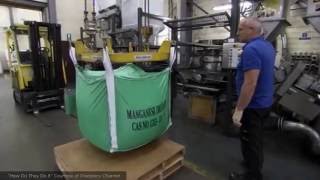 How Are Batteries Made?