How is a best teacher

I'm obsessed with the question:

"What makes a good teacher great?"

I've collected 26,000 responses to this question,

from the poorest schools in Los Angeles,

to suburban schools in Texas, to elite private schools abroad.

And after 24 years of teaching students,

I'm still perplexed by this question.

Today, I'm going to teach you

the lessons I learned from those thousands of students,

and learn what I found out from them if we just listen to students.

The thing about it is

that during my time of asking kids this question,

I realized that we don't ask this question for a particular reason:

Based on fear, they don't really want to know what kids think.

Partially because they don't think kids will take it serious.

I'm going to share with you one of the most profound quotes,

answers to this question that I've ever received.

Now, I know what you're thinking.

Doesn't this prove my point?

When I first saw this, I dismissed it as silliness,

but it appeared again and again.

"There's got to be something to this, but what are they trying to tell me?"

So one day, I decided I would start eating apples.

I ate them in the morning, at lunch, during class, in the hall.

Kids began to give me apples.

The'd see me eating them and say, "You're eating an apple!"

It wasn't until I understood that kids wanted to see me

as somebody who is willing to receive a gift from them,

that the apple was a symbol for our relationship.

There was goodness in that, and trust.

But for a long time, I wasn't listening and I hadn't understood this.

[A great teacher is chill]

They have their own language.

When they say, "A great teacher is chill,"

what they really mean is: "Don't take it too serious.

Be calm in all situations. Don't get overwhelmed."

They have a way of speaking to us about what they really want to tell us,

but we have to listen.

They're out of school now and in college.

But when they were at home and they were teenagers,

I had to learn a whole new language.

When they would come home from school, I might ask them:

which usually meant: "It was not bad. It was pretty good.

I probably learned something. Maybe I didn't."

But if they came home and said, "Fine," what they meant was:

"It wasn't really great, but don't ask me, because you wouldn't understand anyways."

If I asked them how their day was and they said "OK,"

what they were trying to tell me was: "It wasn't good at at all,

and you should probably ask me more questions,

but don't expect me to answer."

and understand what's inside of their head.

They have so many ways of thinking that things are great.

They want us to see their world inside of them.

But they don't want us to act like them;

they want us to be calm and protect them and keep them safe.

Kids have a way of communicating,

But what if we did?

What if we really listen deeply to students?

One of the things I noticed

after all the years of collecting these responses

is that there is patterns that emerge.

When I asked the question of what makes a good teacher great,

oftentimes I heard, "A great teacher loves to teach."

70 percent of the time, the quote or the answer that followed was:

"A great teacher loves to learn."

The reason this is significant is they don't see this happening.

They don't see teachers learning in front of them.

They see them teaching,

but they wish they would learn along with them.

to have all of the knowledge, not to be learners.

But what if they did?

What if you showed up in the classroom, and the teacher had something prepared,

said, "I don't know exactly what we're going to do today,

but I can't wait to learn with you."

Or that they saw their teacher struggle

through something they didn't actually know

and then eventually discover the answer.

Kids want to be inspired by this idea that learning is important.

But they don't see it in schools.

[A great teacher isn't a teacher]

When I saw this quote: "A great teacher isn't a teacher,"

I actually was a little bit offended.

What they were trying to tell me is:

a great teacher isn't in the classroom.

Think about a time that you have some enduring understanding,

a time when you learned something

that you still remember and you use to this day,

I remember learning to ride a bike from my mom

when I was five years old.

She took off the training wheels of my bike,

she got behind me, and began to push.

until she finally let go, and I began to ride a bike.

That's what I did; that's how I learned to ride a bike.

I can still ride a bike to this day from that moment.

But can you imagine if I tried to learn to bike from my mom in a classroom,

"Son, first, you need to learn all the parts of a bike.

There's the pedals and the crank, and there's a chain that turns the wheel.

You have to have a significant force;

once the force has enough momentum, you can keep your balance.

That's how a bike works.

I want you to learn all the parts, be able to label them and draw them.

Then you're going to learn and write a research paper

about the history of bike riding.

All the important elements, the adventure, the development of bikes.

And at the end of that, you're going to take a final examination.

If you pass and get an A, you can ride a bike.

At five years old, I think I would've said,

This is exactly what we do to children.

We put them in a classroom and tell them,

"This is what I want you to learn. It's important. Do it."

And kids know that it's not true,

that we don't really value learning this way.

So no wonder they're disruptive, or bored, or disengaged.

Kids want us to be teachers that aren't teachers.

I want to tell you a story about Yvette.

"A great teacher understands that they have a life outside of school."

They want us to know that their life in school

is way more different than the life outside of school.

I just thought, "Well, how hard is your life?

Yvette was a tough student,

She was feisty, and she had an infamous reputation.

She walked around with a jacket to prove it.

just so that she can have eye contact to intimidate me.

She would call me "mister" and not even use my full name.

When she'd get up to go to the bathroom, all the girls would follow.

Eventually, I learnt from Yvette what she needed to learn.

And I thought I became pretty good at what I was doing.

I noticed one day, she stopped turning in her homework.

She had become a great leader in the classroom:

she turned in her homework, she participated in class;

she actually was quite good.

So when this happened, I was surprised.

So I went up to her and said, "Yvette, I'm very disappointed in you."

"I expect it turned in tomorrow."

Tomorrow came, and just a few sheets of unfinished work were turned in.

I also went up to her and said, "Yvette, this is disappointing."

She said, "I normally do my homework in the bathroom

because it's the quietest place in my house,

but this week the electricity was turned off, and it's dark in there.

I had a candle, but it burned out.

She gazed down, not her prideful self.

I had missed the point.

I had not listened when she said, "I'm trying, mister."

I heard the words, but I didn't listen.

They don't make assumptions about what kids can and cannot do.

They wait and watch, and they rescue them when they're stuck.

Good teachers hear them, but they don't listen.

because whenever I see an answer of a student like that,

I remember her, and I listen.

This was the most perplexing answer I think I ever received.

It happened every year for ten years; at least one student would put this.

What are they talking about?

So I started thinking, "Wait a second. What do they mean?"

It wasn't until Danny turned it in as one of his responses.

He was the class clown.

You know he was the one that when we took the class picture,

he put ear fingers behind your head.

He would make faces at me during lectures

so I would laugh.

Everything was a joke to Danny.

So, when he turned in his responses,

and they were all serious and actually really good,

I was surprised when this showed up in the middle.

But I knew there was something to it; I just didn't know what.

So the next day, I put the agenda on the board,

listing all the activities of the day, the expectations, and the homework.

And instead of actually reading them, very seriously, I sang,

in an operatic style, big as I could.

The eyes of the students were wide, their mouths dropped.

But you know what happened at the end of that?

I expected pointing and laughing.

But the classroom erupted in cheers and applause.

There was a standing ovation.

I could not believe it.

At the end of class, they walked out, gave me high fives and handshakes,

He walked in, and he leaned in, and patted me on the shoulder, and said,

"I told you a great teacher sings."

Great teachers make themselves humble before their students.

They put aside their fear to try.

They trust that they are going to be supported if they fail.

But they don't see this; they see experts, remember?

What if we hire teachers

not to be deep understanders of content, knowledge keepers,

but deep understanders of students?

How our schools would change and transform?

But it's no wonder students don't care or that teachers don't really listen.

Because they have never been taught.

But what if we did listen?

You see, we spend three years of a student's life,

About 12 years of those students' lives, teaching them to write.

Maybe if they're lucky, they get a semester or half a year

But they get virtual zero years of formal listening instruction.

When was the last time you were at a dinner party,

and someone asked a question: "So what do you do for a living?"

and the response was, "Oh, I'm a listening teacher.

I teach advanced listening at the high school events,

We don't hear this.

Because we just don't believe that in schools it's important,

though in the world,

listening is one of the number one skills essential for business and life.

And we just don't teach it.

We need to listen to our students.

In our classrooms are the future.

The Maya Angelous, the Mother Theresas, the Elon Musks of the world.

And can you imagine

if we took the time to ask those students, "What would make a good teacher great?"

and then we actually listened,

we could transform schools and education. 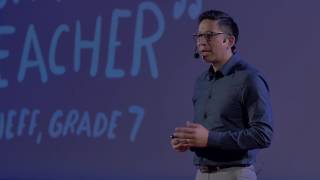 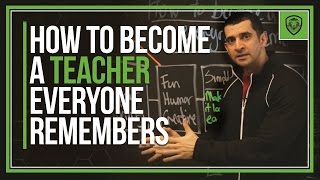 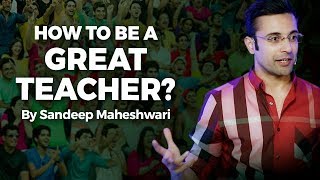 How to be a Great Teacher? By Sandeep Maheshwari I Hindi 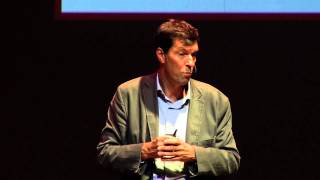 The 5 principles of highly effective teachers: Pierre Pirard at TEDxGhent 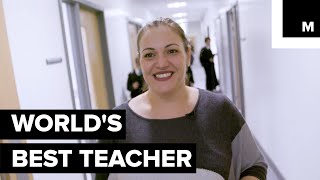 Here's Why This Woman Was Named World's Best Teacher 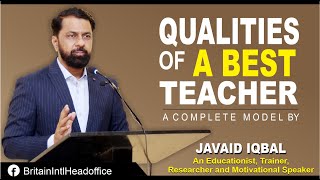 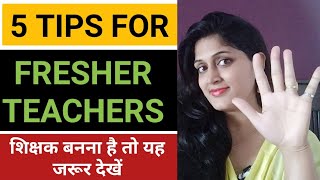 Teaching tips for fresher teachers || how can be a good teacher 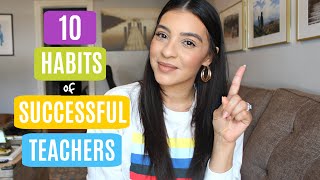 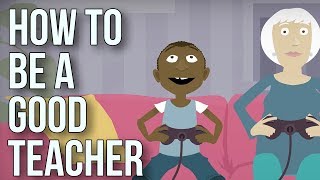 How To Be A Good Teacher 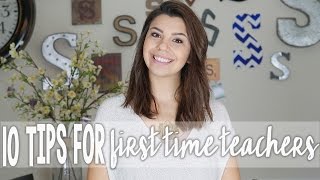