How is a trademark valid

Trademarks are everywhere, and they can often be confusing, so today we're gonna talk about

why just about everything seems to be trademarked, and why trademarks are good for business.

Mr. Muler! Trademarks don't intersect with my life, so I really don't see why we need to cover this.

One, its Muller, and two, just watch the video.

A trademark is any word, name, symbol, or device, used to identify and distinguish goods

from those manufactured or sold by others, and to indicate the source of the goods, even

if that source is unknown. This bit about unknown sources means that you, as a consumer

don't usually know the person or factory that actually made the goods you buy.

Before the industrial revolution, you often knew exactly who was making your stuff, and

how it was made. If you wanted a hammer, you went to the blacksmith, and you knew his name.

It was probably Smith.

These days, brand names assure you that you're buying the same product, say toilet paper,

that you bought last time you went shopping. You know, like the stuff with the ripples.

Seriously though, getting the wrong medication because of brand name confusion or counterfeiting

could be disastrous. The rational for granting legal protection for trademarks is that they're

embodies the good will and advertising investment of its owner.

In other words, companies expend a tremendous amount of resources to develop the product,

market it to customers, and provide customer support, and back up their product with warranties.

At its core, trademark law functions like a consumer protection measure. It prevents consumer confusion,

and makes it easier for consumers to select and purchase the goods and services they want.

For example, if you go shopping for a new television, you don't have to sift through

dozens of products that are confusingly similar to Samsung. Knockoffs like Samsong or Wamsung or Sony.

You want the Samsung, maybe based on past experience, or the company's reputation, or even a funny ad.

Because the law protects the manufacturer's use of the trademark, you can be reasonably

freaking out about at CES. Though trademarks are often classified as intellectual property,

the Supreme Court held, in the 1879 trademark cases, that Congress has no power to protect

or regulate trademarks under the intellectual property clause of the Constitution. Which,

as you'll recall, provides congress with the authority to regulate and protect copyrights

and patents. But this didn't stop congress from regulating trademarks - they used the

with foreign nations, and among the several states, and with the Indian tribes.

Beyond trademarks, there are also service marks, which are very similar in that they

distinguish one particular service. An example of a service mark is that roaring lion at

the beginning of MGM movies - it's registered for motion picture production or something.

Trade dress or product packaging is protected if it's distinctive and nonfunctional. Like,

the shape of a nutter-butter cookie is protected trade dress. What they oughta trademark is

the smell. Some people have registered smells, but we'll get to that in a minute.

Trademarks are symbols, and since human beings might use as a symbol or device almost anything

that is capable of carrying meaning, just about anything conceivable thing can function

like: *to the tune of the NBC ad* bong bong bong

or *to the tune of the McDonald's ad* ba da ba ba baaaa.

Even *in the manner of Homer Simpson* "Doh!" is a registered trademark.

goods and services, from shoes to Christmas tree ornaments. Even containers like the Coca-cola

bottle or this perfume bottle shaped like a human skull can be registered. In short

the source of the goods.

Despite the breadth of potential trademark subject matter, there are some limits on what

can be a valid trademark. Recently, a restaurant in Texas asserted trademark rights in the

flavor of it's pizza. One of the restaurants former employees allegedly stole the recipe

and opened up a competing pizza joint, selling pizzas that tasted a lot like those made by

his former employers. The judge rejected the claim and dismissed the case, finding that

suggest a product's source. Also, functional product features are not protectable under

trademark law. Pizza has only one function - and that's to taste delicious.

So, there are three requirements for trademarks. We just discussed the first one - that a trademark

qualify. The second requirement is that the mark has to be used in interstate commerce,

those manufactured or sold by others. It has to be distinctive.

Let's talk about trademarks and what makes them distinctive in the Thought Bubble.

Courts rank trademark distinctiveness along a spectrum, ranging from unprotectable to

highly protectable. At the bottom end of the spectrum is generic. Generic names refer to

stuff like using the word orange for the fruit or dog for the canine or cheese for... cheese.

is, such as "break and bake" for scored cookie dough.

Suggestive marks require some imagination or perception to link them to the goods, like

or Amazon for book sales, or Shell for gasoline. The most distinctive marks are usually made

up words. Fanciful marks are non dictionary words such as Google for an internet search

engine, or Clorox for bleach, or Kodak for film.

Fanciful, arbitrary, and suggestive marks receive automatic protection upon use because

they are considered to be inherently distinctive. So the owner of the break 'n bake mark has

the product. I honestly don't know who makes it, which isn't a good sign as to whether

Generic terms are never entitled to protection. This becomes important when trademarks are

gradually assimilated into the language as common names. Through a process sometimes

called "genericide," the public comes to view such names as referring to the products themselves

rather than as distinguishing the source of the products. As a result, the name loses

its protection. Words like escalator, cellophane, and aspirin were all once protected by trademark.

by genericide, like Google or Kleenex or Photoshop or Xerox. Thanks, Thought Bubble.

So, once an owner meets the requirements for trademark and has a protected product they'll

often put a TM or a little r in a circle next to a product name or brand. The TM shows that

the owner is asserting trademark in the product. When you see the little circle r, that means

the trademark has been registered with the US patent and trademark office. Like in copyright

law, one you're registered with the feds, you have standing to take your case to federal

court and maybe be awarded damages. Once the PTO is satisfied that the mark meets all the

requirements the application is published for opposition. Anyone who might be affected

by the registration has 30 days to oppose it. If no one opposes, the mark is registered!

submit proof you are still selling the product associated with the trademark. You have to

do this every five years to maintain the registration. Trademark owners can do this forever. This

is different than patents and copyrights, whose trademarks are DOOMED by the limited

So when it comes to trademarks, you have to use it or lose it.

Trademarks are often disputed, and in pretty much every case, likelihood of confusion is

the central issue. The principles set forth in an 1877 Supreme Court opinion in an unfair competition case:

exact definition, as applicable to all cases. All that courts of justice can do, that regard,

is to say that no trader can adopt a trade-mark, so resembling that of another trader, as that

ordinary purchasers, buying with ordinary caution, are likely to be misled."

Every court uses a slightly different set of criteria for deciding trademark cases.

We're going to talk about the 7th Circuit Court of the United States' definition, which has seven parts.

Those criteria are: One, similarity between the marks in appearance and suggestion.

Two, similarity of the products.

Three, the area and manner of concurrent use,

which means where in the United States the product is for sale.

Four, the degree of care likely to be exercised by the consumers.

Five, the strength of the plaintiff's mark or how distinctive it is.

Six, whether there is evidence that people were actually confused, which is a pretty

And seven, whether the defendant intended to palm off his product as that of the plaintiff.

These factors are going to be weighed differently in individual cases, but the court has often

noted that the similarity of the marks, the defendant's intent, and evidence of actual

confusion are of particular importance. In addition, the Seventh Circuit has held that

whether a trademark is being used in a parody. Trademark protection is also available under

certain circumstances, even in the absence of likely or actual confusion. The Federal Trademark Dilution Act

benefits only famous trademarks trademarks against a weakening of their valuable distinctive quality.

There are two basic types of dilution: dilution by blurring, and dilution by tarnishment.

of a famous trademark. For example, someone selling Apple brand toilet seats or bulldozers

will blur the ability of Apple to identify a single source, even if people buying that

the famous mark. For example, and this is a real case, the guy that uses the trade name

the famous Victoria's Secret mark. There's no real risk of confusion here, but the company

Victoria's Secret is seeking to prevent the gradual tarnishing of their mark. One major

issue with dilution is that famous trademarks are hard to come by. While there are super

marks, like IBM, Google, Budweiser, Microsoft, courts have typically been hesitant to find

be kind of famous, your trademark has to be really, actually, IRL famous to attain this status.

Trademarks are fascinating, regardless of whether you are someone who enjoys strolling

through the shopping mall with logos firmly affixed to your bags and coffee and clothes,

internalized by modern society and dictate our aspirations, our self image and our lifestyles.

that brands are controlling and corrupting our creative content. Regardless, trademarks are ubiquitous.

Trademarks help us make sound decisions about the products we need and want. They protect

on our Comcast cable tuner, watch the season finale of Downton Abbey, brought to you by

Thanks for watching, and as they say in Hank and John's hometown, don't forget to be awesome.

Which is not a registered trademark. Which is how this happened:

Tell either Eleanor or Alice not to forget to be awesome.

Indiana, and it's made by all of these nice workers for hire. If you'd like to keep Crash

Course freely available for everyone forever, you can support the series at Patreon, a crowd

funding platform that allows you to support the content you love.

Speaking of Patreon, we'd like to thank our Headmaster of Learning Thomas Frank and our

Vice Principals Kathy and Tim Philip and Linnea Boyev. Thank you so much for supporting Crash

Course. You can get awesome rewards for your support. You cannot get ownership of the Crash

Course copyright, but you can get the satisfaction of helping people learn.

Thanks for watching. We'll see you next week. 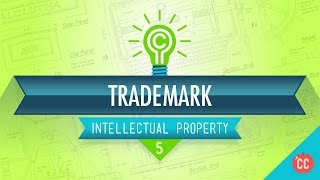 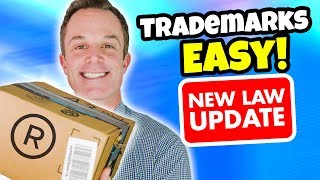 How to Trademark a Name - Tutorial from a Lawyer 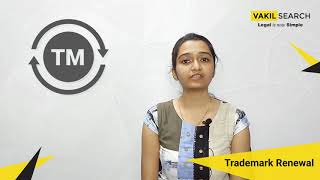 How To Renew A Trademark? 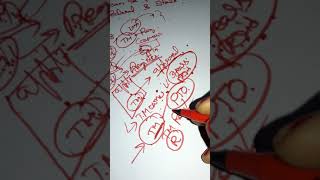 Why a trademark can be protected 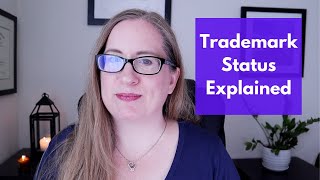 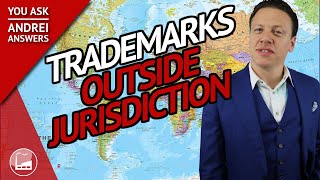 Is My Trademark Valid Outside Its Registered Jurisdiction? - #YAAA-068 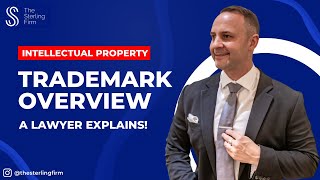 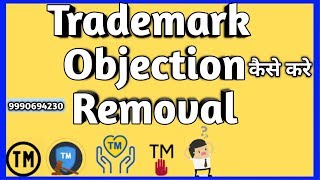 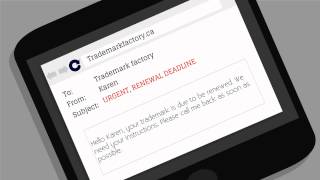 How Long is a Trademark Registration Valid For? | http://trademarkfactory.ca 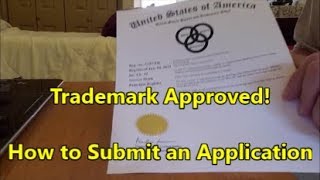