How is a tornado different from a cyclone

Or is it a tornado?

Or maybe a typhoon?

How the heck do you tell the difference between all these things?!

Well, fear not, because I have it covered for you right here.

First, let’s get it straight: all these weather phenomena have to do with strong winds.

Yet before we get to the actual difference between hurricanes and typhoons, we must understand

that, in general, they’re one and the same thing called a tropical cyclone.

After a while it lures in moisture from all over the place, becoming bigger and more dangerous.

This rotation may or may not become a trouble, but its main quality that never changes is

that cyclones always form over the oceans or seas.

Also, if you live in moderate or colder climates, there’s nothing for you to worry about,

even if your house is right by the seaside, because you’ll only hear about cyclones

After all, they’re called tropical for a reason: they only form in tropical or subtropical

areas, because they need warm water to get things going.

Now, if they’re all the same, why have different names for them?

The short answer is to confuse everyone.

I guess you’ll need a longer one after this.

So, like I said, tropical cyclones may even not pose any serious threat to people.

In fact, cyclones occur much more often than you think!

But only few of them grow large and strong enough to become hurricanes or typhoons.

The weakest version of a tropical cyclone is called a tropical depression.

It’s a similar swirling mass of clouds, usually accompanied by storms, but the force

of winds in it is not very high.

The strongest gusts are 39 mph, which is a lot, I know, but it’s rarely the case.

On dry land, such weather would only require you to close all windows and doors and stay

Still, if you’re caught by a depression in the open sea, it may and will be a problem

because the force of wind is enough to overturn a boat, and a heavy rain with lightning doesn’t

When the winds are stronger than 39 mph, the cyclone is then called a tropical storm.

This is a more serious threat, and you’ll do well to hide inside your house because

a severe tropical storm for you.

And only if the wind gets even more powerful than that, then it can be called a hurricane

And here’s where we get to the difference between the two: in fact, there’s almost

If it’s in the North-West Pacific, then it’s a typhoon.

All the rest about them is the same, and a hurricane can even become a typhoon, or vice

versa, if it travels from one area to the other.

the Pacific, and warm water acts like a fuel for cyclones.

It evaporates from the surface and then condenses again in the cold air, forming clouds, which

clump together and start swirling around with the wind.

This way, cyclones can cover extremely large areas and transform into real monsters under

But what about tornadoes?

Are they the same as cyclones?

In fact, these two can’t be more different.

First of all, tropical cyclones only form in warm areas over the ocean; they can never

Tornadoes, on the contrary, can form almost anywhere they please, both over sea and over

But there’s much more to it than that.

You see, a tornado is a swirling funnel of air coming down from the sky.

It appears during thunderstorms, and it’s rather a consequence than a reason for severe

The column of air falls down to the ground, and wind speeds there can reach anything from

Needless to say, anything that gets in its way will be hurled upwards, be it a person,

a car, or Dorothy’s house.

But despite its terrible power, a tornado is a very local event, and short-lived at

The biggest one ever registered by scientists was just over 1.5 mi in diameter and lasted

about an hour or so.

Compared to tropical cyclones, which can stretch over 1,000 mi and last for days or even weeks,

it’s like a grain of sand on a beach.

By the way, cyclones coming to the shore can also be accompanied by several tornadoes forming

So they’re something like sidekicks to the big bad boys.

Still, tornadoes and hurricanes (or typhoons, if you prefer the northwestern Pacific) are

not entirely different, after all, and they have certain similarities too.

And the center, in its turn, is usually calm and windless — so calm, in fact, that it’s

It’s called the eye of the tornado or the hurricane, and it’s basically the safest

place to be when the phenomenon comes to you.

Well, apart from being thousands of miles away from it, of course.

Unfortunately, you’ll have to be really lucky to get into the eye and wait until the

The eyewall has the strongest winds, and if you get too close to it, you’ll probably

Also, if you’re at sea, then the eye is not safe at all.

The winds all around the eye make huge waves crisscrossing the area inside, and your ship

or boat will have a really hard time staying afloat.

Not to mention that only the eye of a hurricane is safe on land; tornadoes are much smaller

in diameter, and you can easily get in a lot of trouble if you’re caught into the eye

of one by some wild chance.

Have you ever seen the eye of a hurricane, by the way?

If you’ve been wondering how exactly powerful a hurricane could be, then you should know

there are 5 categories of hurricanes according to the National Weather Service.

Category 1 is just slightly more intense than a tropical storm, and in some countries it’s

still considered as such.

The wind speeds can reach 94 mph, which is a lot of force to deal with, but it’s not

as if you would not be safe behind concrete walls of an apartment building.

Category 2 is another story altogether.

The wind blows at speeds of up to 109 mph, and that’s where the real trouble starts.

The gusts are so strong they can fell trees and billboards in the streets, so it becomes

Luckily, you’re still okay if you’re inside a sturdy building and away from the windows.

When a hurricane grows to Category 3, it’s already a disaster.

The winds are reaching 129 mph, and catching such a gust is like being hit with a race

That’s why this kind of a hurricane is called a major one.

Not to mention that the rain and lightning add to the atmosphere of a cataclysm.

A Category 4 major hurricane is something you don’t want to see with your own eyes.

With gusts of wind up to 157 mph, it can tear trees from the ground and hurl fairly large

objects in the air, causing lots of damage.

The most recent Category 4 hurricane occurred in August-September of 2018, and it was named

It traveled from off the western coast of Africa, where it began as a tropical depression,

And finally, a Category 5 major hurricane is a thing to be avoided at all costs.

In other classifications it’s even called a super typhoon or a super cyclonic storm,

which says a lot.

The most chilling thing about it is, of course, the strength of wind, and the most powerful

The speed of wind was the incredible 190 mph!

It’s like a bullet train made of air and blowing continuously over a huge area!

Well now, what’s that thing with the names?

In fact, they’re not only given to hurricanes, but to all tropical cyclones that reach wind

And it’s not done for fun either: cyclones usually appear at specific seasons, and there

can be more than one of them at once, moving in different directions.

So weather services around the world give them names not to confuse them with each other.

One other thing: some time ago, they only named hurricanes after women.

Anyway, a few years ago, equal opportunity came to the weather service, and now tropical

storms are named after both genders.

Hey, if you learned something new today, then give the video a like and share it with a

And here are some other videos I think you'll enjoy.

Just click to the left or right, and stay on the Bright Side of life! 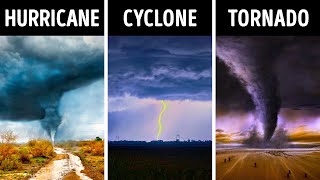 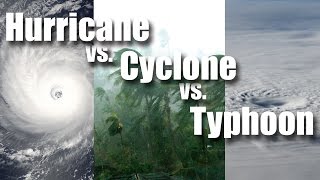 Hurricane vs Cyclone vs Typhoon 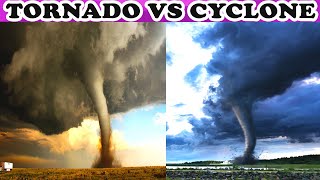 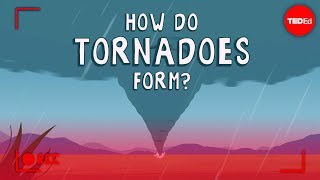 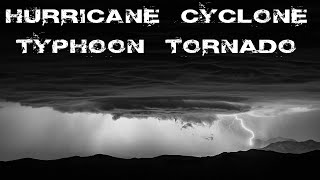 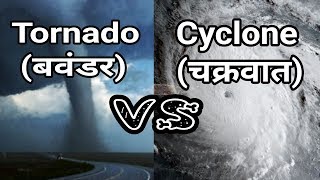 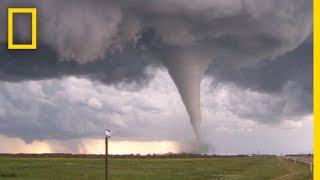 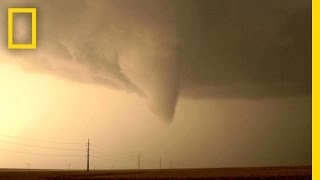 Watch The Birth of a Tornado | National Geographic 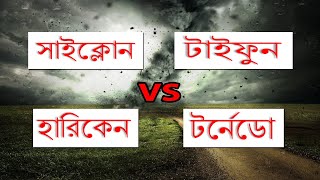 Hurricane, Cyclone, Typhoon, Tornado : what are the key differences 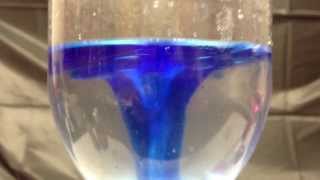