How is a sonic boom created

jets travelling at incredibly fast speeds, but what is a sonic boom, and why does going

faster than the speed of sound create a boom?

Firstly, you need to understand what sound is and how it propagates.

Sound waves travel fastest through solid materials, then liquids and then gasses.

Unlike light, sound waves are mechanical waves whereas light is a transverse electromagnetic

wave which means that sound needs a medium to travel though.

- 35 times faster than the speed of sound in dry air.

affects the density of a medium.

There are two properties which affect the velocity of a sound wave: elastic properties

and density, with this relationship being described by this equation.

Sound travels faster through steel than rubber, as steel has higher elastic properties.

applied to it and to also maintain its shape.

At the particle level, rigid materials have molecules with strong forces of attraction

The greater the elasticity and the lower the density of a medium, the faster sound will

travel through that medium.

Although solids such as steel are far denser than air, steels elastic properties are much

gaseous medium such as air.

When an object is moving through the air for example, it creates pressure waves at the

water as it creates bow and stern waves.

When such object travels faster and faster, the pressure waves begin to not be able to

get out of the way of each other, causing them to build up, compress and eventually

merge into a shockwave.

the compressions can move away from it and they end up piling on top of each other.

from the transition from subsonic to supersonic, but the boom is continuous for as long as

you are going supersonic.

any sound from the aircraft as it is travelling faster than the sound it can produce, meaning

you will only hear the sound after the aircraft has travelled overtop of you.

For those not into guns, bullets break the sound barrier with boring regularity.

When bullets enter the transonic region, the shifting of the centre of pressure causes

bullet to potentially dramatically change which is impossible to compensate for, and

Bullets can however enter into the transonic region with no problem, but the ability of

such a bullet to do so is quite unpredictable.

supersonic plane or a gun around you, but with just the flick of a whip – you too

can break the speed of sound.

Thank you for watching and be sure to subscribe.

Sonic Boom Explained - How is it Created - Animated Graphics 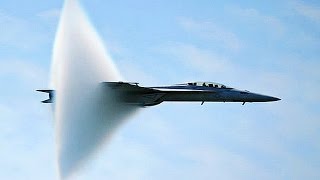 What Is a Sonic Boom? And How It Breaks Every Rule You Know 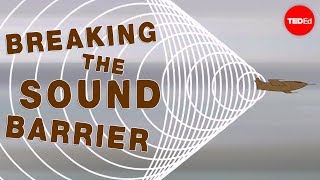 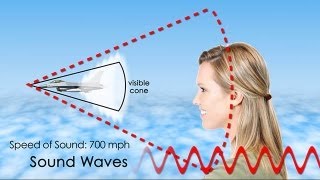 What Is A Sonic Boom? 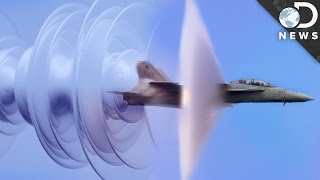 Why Is A Sonic Boom So Loud? 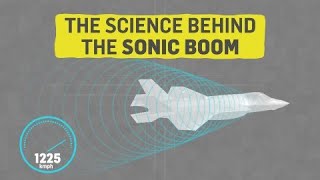 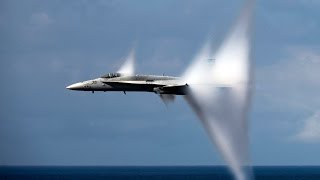 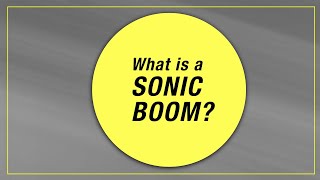 What is a sonic boom? 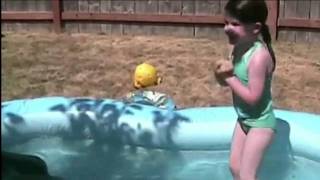 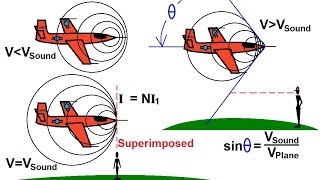 Physics - Mechanics: Sound and Sound Waves (28 of 47) What Causes a Sonic Boom