How is a karyotype made

Subtitles are on! Click CC at bottom right to turn off.

I’ve seen too many pictures of chromosomes.

Diagrams are awesome, but I’ve learned I need to be careful about misconceptions that

can come with them.

See, in diagrams, I’ve seem chromosomes typically drawn in a X shape so when I was

younger, I thought, okay, all chromosomes are an X shape.

what is going on with these things?!

I also thought that if humans have 46 chromosomes, then they’re in there somewhere, deep inside

That if you needed to analyze them, you’d have to find them and make sure not to do

anything to them, because you only have 46 of them.

Well these are some misconceptions I had.

We’re hoping to clear up a little bit about chromosomes.

Now our illustrations are not scientific…obviously…but they can help with our explanations, which

shapes, we are going to focus on eukaryote chromosomes.

Chromosomes are made of chromatin and chromatin consists of DNA and protein.

A chromosome itself is really intense packaging.

this--- until it results into the chromosome level.

But why all this packing?

Well, in your cells, DNA has to fit inside a nucleus.

Another reason…it’s also really important for when you make more cells, like in the

But in mitosis, you have to be able to move DNA into new daughter cells.

You have so much DNA that these highly packed chromosomal units make it easier to do so.

By the way, it’s not always packed up so tightly.

For example, in DNA replication, DNA typically needs to be unwound.

There are a variety of factors that also influence how tightly packed chromatin is.

Let’s get kind of a general idea about how human chromosomes may be represented.

In our chromosome counting video, we mention that when chromosomes are duplicated during

By the way, this region does not have to be in the center of the chromosome.

Because of it being joined here, we still count this as one chromosome unit.

But that can be a bit confusing.

We say that there are 2 sister chromatids.

So one chromosome here.

And now, while it is still attached, it’s still one chromosome but it has two chromatids.

So in humans, you have 46 chromosomes.

In interphase they are duplicated.

There are still 46 chromosomes here but that’s 92 chromatids in this picture.

During a stage of mitosis, those 92 chromatids get pulled apart so that each cell will have

Now, while most of your body cells have 46 chromosomes, it's important to remember that

certain genes on the chromosome may be turned on or off by a variety of factors.

For example, you wouldn’t want your eye cells actively using a gene to produce stomach

That would be a problem.

So, would you ever get a chance to see all 46 of your chromosomes clearly?

Well you could in something called a karyotype.

An image of all of your chromosomes.

It is possible to have a karyotype made as part of some types of medical screenings.

In a karyotype, the chromosomes are stained and visible.

metaphase- as chromosomes are condensed and thick; a karyotype during interphase would

be a challenge because you don’t have that condensed DNA packing.

Something confusing to clarify: when searching for karyotypes sometimes it’ll be represented

have a single chromatid- those phases are generally not when you do a typical karyotype.

For optimal viewing, a typical karyotype is taken at or right before metaphase- recall

from mitosis that in metaphase, the chromosome would have two joined sister chromatids.

together that, to an untrained eye, it might be difficult to see that each chromosome in

the karyotype technically has 2 sister chromatids.

When arranging the karyotype, the chromosomes are arranged in homologous pairs.

This means they are not related to your biological sex.

They may have genes related to eye color or height or hair texture.

The last two chromosomes are called sex chromosomes because they determine biological sex.

Males have one X and one Y chromosome.

Oh just a side note, the name X and the name Y have nothing to do with the shape of them---the

reason is an interesting topic to look up.

So 23 of these chromosomes are from the father, from a sperm cell which is a gamete.

Unlike body cells, gametes have half the number of chromosomes as body cells.

Sperms cells are considered haploid because they only have 1 set of chromosomes.

The other 23 of the chromosomes came from the mother, contained in an egg, which is

An egg cell is haploid because like the sperm cell, it contains only 1 set of chromosomes.

When a sperm and egg cell combine, they form a fertilized egg, known as a zygote.

You are a diploid organism.

Now if you look at the sex chromosomes, you know that mothers can only give a X chromosome,

because that’s the only type of sex chromosome they have.

So fathers determine the biological sex.

So why do we care about karyotypes or learning about chromosomes?

Well, one reason it can really help when we are trying to understand genetic disorders.

Do you have an interest in a career that involves this area of study?

be something to read up on.

Well that’s it for the Amoeba Sisters, and we remind you to stay curious! 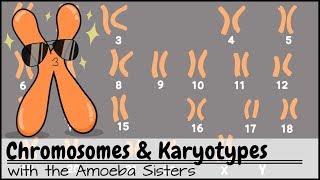 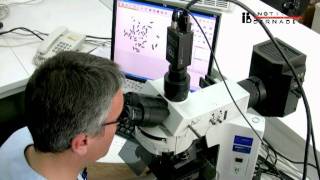 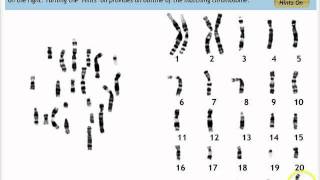 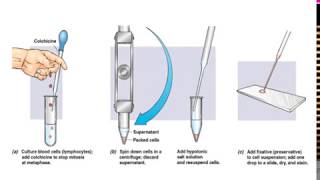 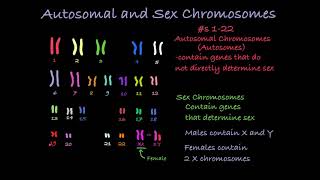 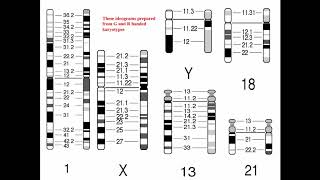 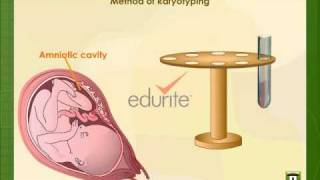 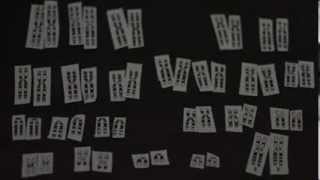 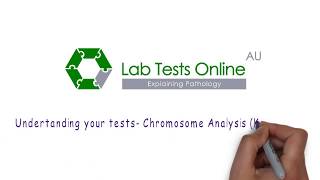