How is a judo match won

Ninh explains, the Rules of Judo The object of the game is to throw your opponent

Judo is a Japanese martial art that is contested at the Olympic Games, and this video covers

the new 2017 rules as outlined by the International Judo Federation.

Judo players, known as judoka – are separated by weight class and wear either white or blue

Judokas try to dominate the grip on their opponent.

To start the contest, both players bow to each other.

Once the referee signals you to go, you begin.

The idea is to grip your opponent and try and throw them, with force, onto their back.

This is known as Ippon, and this will win you the contest automatically.

There are 4 ways to score an Ippon: You can forcefully throw your opponent onto

You can hold your opponent’s torso down on the floor for 20 seconds.

You can force a submission by armlock.

And you can force a submission by strangling your opponent.

If they tap out, you win by Ippon and the contest is over.

There are many techniques used in Judo, to try and get an Ippon.

If neither player can score Ippon, they can score by Waza-Ari instead.

A Waza-Ari is a less powerful throw than an Ippon, a move which rolls your opponent onto

their shoulders and back, a 10-19 second hold down, or a throw that lands an opponent on

Scoring one of these won’t end the contest, but will make all the difference if a fight

The game is played in just one period of 4 minutes, for both men and women.

If no Ippon has been scored, the highest number of Waza-ari wins.

That’s basically it, but there’s a few other things you’ll need to know before

Any gripping with the intention of throwing is allowable.

This is known as positive gripping.

But any grip that is used solely to block your opponent is not.

This is negative gripping.

If the referee deems that a judoka is using a negative grip, they may award a penalty

Penalty In Judo, there are two types of Penalty.

A Shido – which is a warning, can be given for stepping out of the mat, pushing an opponent

out of the mat, refusing to attack, grabbing the leg or trousers during a throw, or negative

A Hansoku make – is an instant disqualification.

Any major breach of the rules, any bad behaviour, or accruing three Shido’s equals Hansoku

But commit this error twice, and this will result in Hansoku make.

If time has expired and both players have the same number of Waza-Ari.

Play continues until someone has a single score.

This is known as the golden score.

Shido’s are carried over from normal time, and you can still be potentially disqualified

for accruing too many penalties during the golden score period.

The winner goes on to the next match.

The loser is eliminated.

This carries on until there is only one winner.

It takes me ages to make one of these things and good karma is very much appreciated. 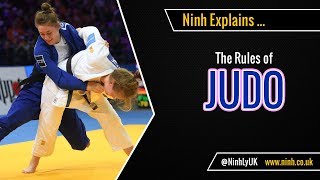 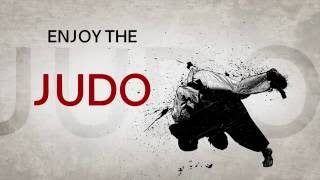 Quick Guide to Judo - Rules, how to play and how to win ! 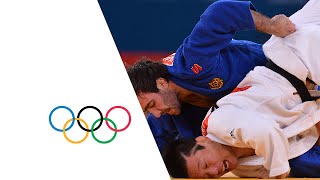 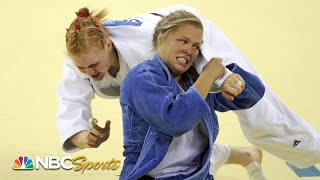 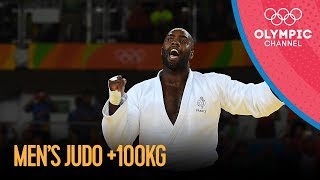 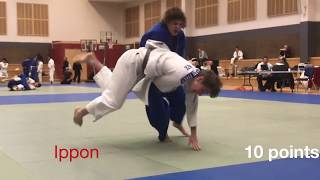 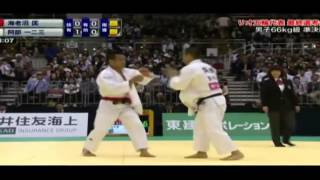 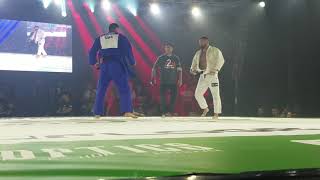 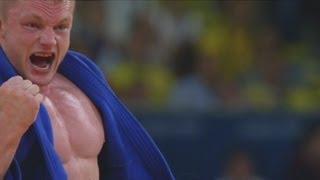 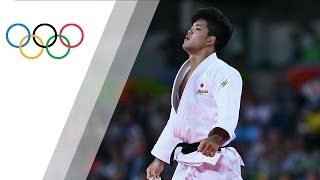 Ippon and gold for Ono in Men's Judo 73kg