How is a golf driver head made

What's inside a Golf Driver Head?

I'm Dan, and this is Lincoln.

And we've been thinking about what we can cut open next,

and we decided, you know, we've got these drivers

laying around from our favorite sport, which is golf.

I have this TaylorMade Burner, white hot driver, and

- I have a Tour Series Uskids golf club.

- So we figured, let's cut this thing in half

and see what's inside of a golf driver head.

But before we do that, let's give it one last hit. Alright?

- [Dan] Why am I getting rid of this driver?

than I remember it going with that driver.

So, but, at the same time, because of science,

we need to cut this driver open.

So we're gonna start with mine and then we'll do Lincoln's.

- We're in our back yard, where I practice my golf

and it's really fun.

- Yeah, this is our putting green in our back yard.

So what better place than a putting green

to cut open a golf driver?

So, let's get this thing going

and see if it works with this blade.

It's gonna look cool, though.

It's gonna make some cool sparks.

See all those sparks? That's awesome.

We are almost there.

was considered the biggest driver head in all of golf.

It has an extra inch long of a shaft

so that you can hit it further.

So, if it wouldn't have been so big,

it might've been a little easier to cut that part open.

But let's see if we can figure out a way

to get this face cut open.

That was awesome. (laughs)

Ah man, look at that!

Look at the cut I did on it.

My lines were a little off.

It's just kinda hanging on.

- [Dan] Alright, please say that we got it this time.

Are you kidding me? I keep missing.

We should just clip it right there.

That is cool, though.

- [Voiceover] Can you just pull it off?

- [Voiceover] I didn't think it was gonna be hollow.

- [Dan] I didn't think it was gonna be hollow, either.

Alright, let me just see if I can break it here.

- [Dan] All that cutting and all I had to do was pull it.

So Lincoln, take a look at that.

You wonder why drivers are so light,

even though they have this big head?

Well they're completely hollow inside.

And the face isn't even that thick.

The face is that metal right there.

It's not even that thick.

I'm trying to see if there's any weights inside.

There's really not many weights inside.

Sometimes you think, with the newer drivers,

they put extra weights in the back

so that you can get a higher shot

and then less spin on it.

But this one doesn't really have the weights on it.

- What do you think about that, Lincoln?

It doesn't want to do a clean cut.

Woo! We finally cut it with the saw.

Here you go. Hold onto that?

- Whoa, I love the inside of these ones.

- [Dan] So again, another hollow one.

This one also is made out of titanium.

So, yeah. It melted a little bit as we're cutting it.

That's what this part is, right here.

It melted on the saw and made it look different, so,

Don't really know why that's there.

There's the end of the shaft.

You can see the shaft going into the driver head.

- [Dan] So there you go. This is a Uskids Tour Series club.

This is the best driver you can buy with Uskids golf.

It's a great organization.

They make clubs based off of the shaft

on how tall a kid is.

Lincoln's outgrown this and we couldn't find a place

to buy it back, so might as well cut it open,

so you can see what's inside.

Hope you enjoyed this video.

This was a fun one to cut open.

A little dangerous, but we survived another video.

So again, don't try what we do at home,

but we do it so you don't have to.

Hope you enjoyed this video

and let us know if you'd like us to cut anything else open. 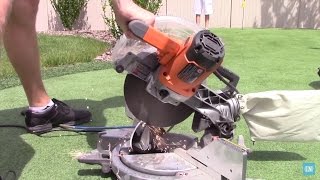 What's inside a Golf Driver Head? 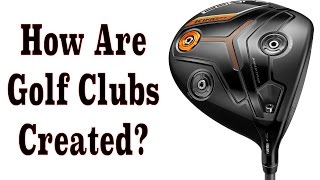 How Are Drivers Created? 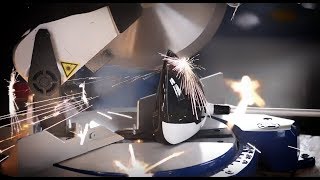 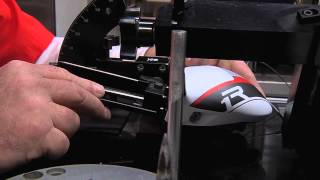 Building an R1 Driver from Scratch 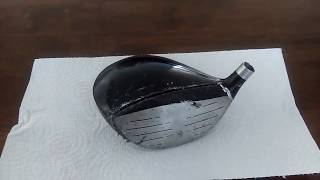 What's inside a golf driver head? 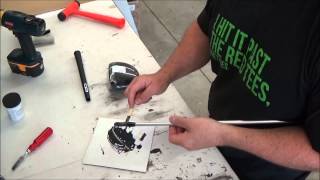 How to build a golf driver 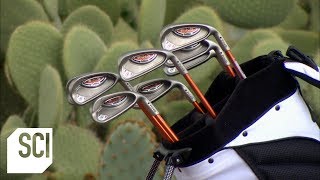 Golf Clubs | How It's Made 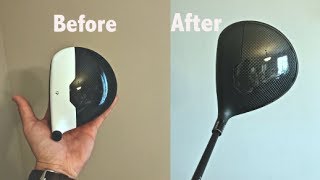 How to customize your Golf Driver (pt.2) 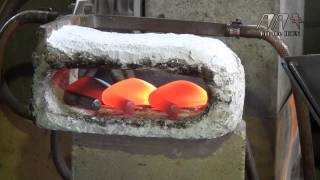 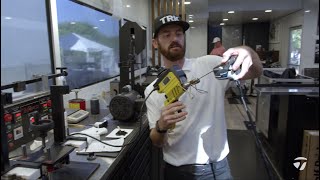