How is a food kosher

Before getting into what is kosher, the bigger question is why do people keep it?

There's no one answer.

For some it's simply "I'm an observant Jew, G-d commanded it in the Torah, so I do it."

For others it's "I grew up keeping kosher, and it's what I'm used to, what I'm comfortable

Or "What you consume matters, and eating should be a mindful experience.

It makes the spiritual physical."

Or even "It makes me part of something bigger, my Jewish community."

When bringing food into the home of someone who keeps kosher, it's important to be respectful

of their food restrictions.

It's best to stick with fresh fruits or vegetables, or packaged foods that have kosher symbols

More on this later.

So what are the rules of kosher?

There are three basic rules.

You can't eat some animals, the animals you do eat need to be slaughtered in a special

way, and you can't combine milk and meat.

Let's break that down.

What animals can't you eat?

Famously of course pork, shrimp, and shellfish, but the Torah has a long list of animals,

You are what you eat.

Pigs are out, cows are in.

Next, what is kosher slaughter?

Well, it's called shechita, and there are lots of rules on how different animals need

to be butchered and prepared, which we're going to skip.

What's important to know is that because meat needs to be prepared in a special way, there's

Certifying agencies famously the O-U put their labels, their hechshers, on foods.

If there's a hechsher on it, the meat, or any packaged food, is certified kosher.

Some foods don't require hechshers, like fruits and veggies and others.

Most food in a grocery store is not kosher.

You may have to hunt around a bit for some products, or even go to a separate store to

Finally, not combining milk and meat.

Yes, this does mean no cheeseburgers, but it goes a bit beyond that.

For instance, you can't use butter in mashed potatoes that you are serving with turkey.

Separating milk and meat is taken so seriously, that some people wait an hour or three or

even six between eating the two.

In kashrut food gets lumped into two main categories: milk and meat.

If you're invited to a kosher meal, it will either be a milk meal or a meat meal.

A meal that has dairy, or one that has meat, not both.

Kosher kitchens at home generally have two sets of everything: dishes, pans, and sometimes,

yes, even the kitchen sink.

Food that's neither milk nor meat is called pareve.

You can have that food with everything.

These rules for kosher originally came from the Torah, which is sparse about the specifics.

All the Torah says about milk and meat, for instance, is "you shall not boil a kid in

the milk of it's mother," which some believe was in response to an ancient pagan ritual,

where they did that.

Like most Jewish commandments, mitzvot, the rest of the rules of kosher come from thousands

of years of tradition, where people asked, "What's the deeper meaning of this passage?"

today, that by the way is still evolving.

For instance, one of the debates right now is whether to include ethical labor practices

inside the kosher conversation.

They look different in a Tel Aviv hotel and your grandma's kitchen, but the main motivation,

from potlucks to shiva calls to shabbat dinners.

If you're exploring Judaism, it's worth trying kosher out.

Maybe try it on for a week and see how it feels.

Your best bet is hanging out with a friend or Jewish teacher who keeps kosher, and have

There's a bit of a learning curve, and if you didn't grow up with it, you're going to

This is part of the Judaism 101 series.

Click here to see the next video on shabbat, and here if you want to donate and support

but that's besides the point).

Have you donated yet? 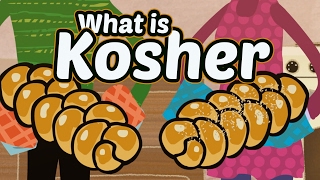 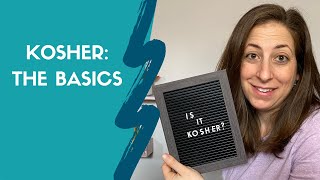 Kosher: The Basics / What is Kosher? 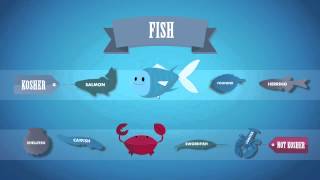 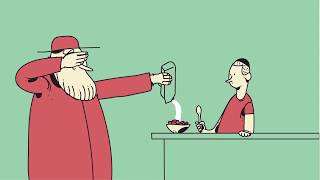 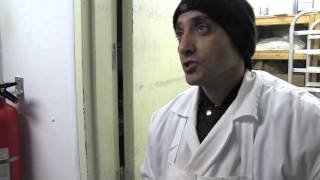 The process of making meat Kosher (Jewish version of Hallal) 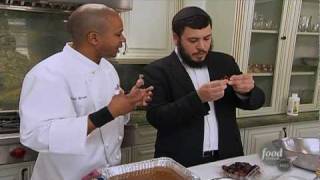 What it takes to prepare a Jewish Kosher meal 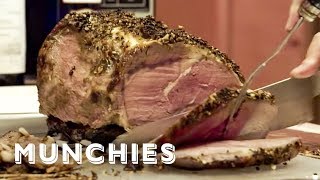 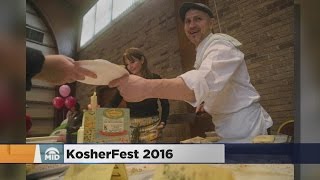 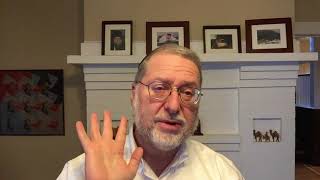 What Is Kosher and Why? 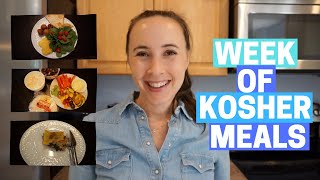 ONE WEEK OF KOSHER MEALS! What My Family Eats in a Week!