How is a driverless car used

Before it can navigate this onslaught of obstacles,

the car has to detect them—

gleaning enough information about their size, shape, and position,

so that its control algorithms can plot the safest course.

With no human at the wheel,

no matter the environment, weather, or how dark it is—

all in a split-second.

That’s a tall order, but there’s a solution that partners two things:

and a miniature version of the communications technology

To understand LIDAR, it helps to start with a related technology— radar.

radar antennas launch pulses of radio or microwaves at planes

to learn their locations by timing how long the beams take to bounce back.

That’s a limited way of seeing, though,

which stands for Light Detection and Ranging,

But how do we determine the shape, or depth, of these features?

LIDAR fires a train of super-short laser pulses to give depth resolution.

Take the moose on the country road.

As the car drives by, one LIDAR pulse scatters off the base of its antlers,

while the next may travel to the tip of one antler before bouncing back.

Measuring how much longer the second pulse takes to return

provides data about the antler’s shape.

With a lot of short pulses, a LIDAR system quickly renders a detailed profile.

The most obvious way to create a pulse of light is to switch a laser on and off.

But this makes a laser unstable and affects the precise timing of its pulses,

Better to leave it on,

and use something else to periodically block the light reliably and rapidly.

That’s where integrated photonics come in.

The digital data of the internet

is carried by precision-timed pulses of light,

some as short as a hundred picoseconds.

One way to create these pulses is with a Mach-Zehnder modulator.

This device takes advantage of a particular wave property,

Imagine dropping pebbles into a pond:

as the ripples spread and overlap, a pattern forms.

In some places, wave peaks add up to become very large;

in other places, they completely cancel out.

The Mach-Zehnder modulator does something similar.

It splits waves of light along two parallel arms and eventually rejoins them.

If the light is slowed down and delayed in one arm,

the waves recombine out of sync and cancel, blocking the light.

By toggling this delay in one arm,

the modulator acts like an on/off switch, emitting pulses of light.

leads to a depth resolution of a few centimeters,

but tomorrow’s cars will need to see better than that.

By pairing the modulator with a super- sensitive, fast-acting light detector,

the resolution can be refined to a millimeter.

than what we can make out with 20/20 vision, from across a street.

that scan from rooftops or hoods.

modulators and detectors are being shrunk to less than a tenth of a millimeter,

and packed into tiny chips that’ll one day fit inside a car’s lights.

These chips will also include a clever variation on the modulator

to help do away with moving parts and scan at rapid speeds.

By slowing the light in a modulator arm only a tiny bit,

this additional device will act more like a dimmer than an on/off switch.

If an array of many such arms, each with a tiny controlled delay,

is stacked in parallel, something novel can be designed:

From their new vantage,

these smart eyes will probe and see more thoroughly

than anything nature could’ve imagined—

and help navigate any number of obstacles.

All without anyone breaking a sweat—

except for maybe one disoriented moose. 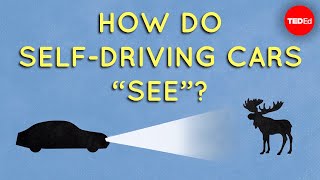 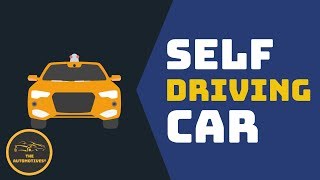 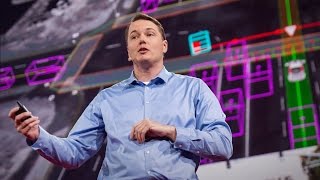 Chris Urmson: How a driverless car sees the road 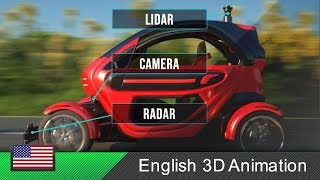 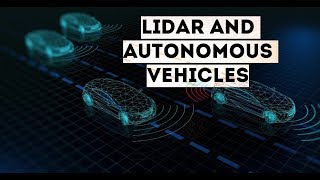 How is LiDAR remote sensing used for Autonomous vehicles? 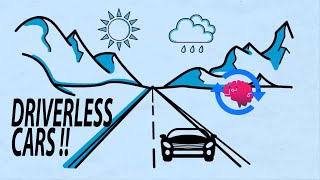 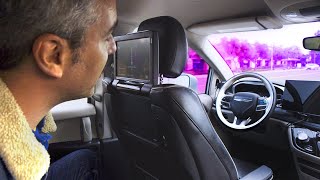 I took a ride in Waymo’s fully driverless car 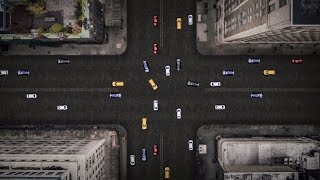 What a driverless world could look like | Wanis Kabbaj 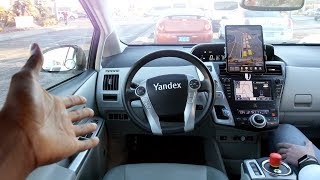 Riding in a Driverless Taxi at CES 2019! 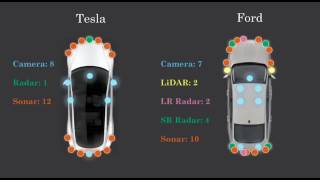