How is a brass cartridge made

Facts" >> BRANDON: In this episode of "The Brass

Facts" we're taking a behind the scenes tour at Starline

with process manager Hunter Pilant, as we learn how Starline manufactures the

world's highest quality ammunition brass. So come along as we experience "The Process to Perfection".

>> BRANDON: Thanks a lot man. Ready to do the tour?

This is standard cartridge brass; this will be the industry standard.

>> BRANDON: So this is how it arrives? >> HUNTER: This is how we get our material.

Basically, you've got a punch that's drawing this cup into a longer, skinnier cup

by pushing it through a series of carbide dies

progressively getting smaller. >> BRANDON: So what's it look like when it

comes out of the first draw? >> HUNTER: It's taken this cup and turned

it into that. After the parts have been first drawn,

they get washed and ran through our annealing furnace.

This furnace is running about 1130 degrees. >> BRANDON: It takes it back to soft?

>> HUNTER: It takes it back to dead soft. That way we can work it again in the second

draw process. >> BRANDON: Where we heading next?

>> HUNTER: We're going to wash these and then they will go back to the second draw.

the final diameter and the finished wall thickness.

It's going to be the same process as the first one was.

Punch drawing the part through a series of carbide dies.

Here we have our first rim process. They're taking that second drawn part that

they just washed and they're trimming the excess material off

of it. They're checking the parts with a snap gauge

and she's also looking for any defective parts. >> BRANDON: This is the first time it gets

Here are the headers. Right now they're forming the primer pocket,

forming the rim, and they're also putting the head stamp on.

12 parts out of every tray are inspected for about 13 different features.

>> BRANDON: Alright. >> HUNTER: Here we have our first head turn.

off. From here, she's going to hand sort these

cases and they're going to go to the second head

turn. At the second head turn, we're taking our

rim thickness, and extractor groove on that. She's sampling this. Every few hundred cases,

she'll sample four to five. >> BRANDON: So through another inspection?

>> HUNTER: Another inspection. She's going to check for rim thickness,

body. From here it goes back to the sorting table

and is hand inspected again before moving on to the venter.

This machine is the venter. It's actually putting the flash hole into the primer pocket.

>> HUNTER: From here, we move over to the final trim.

The final trim is trimming that case down to its finished length.

It's getting inspected in this snap gauge. After final trim it will go back to the sorting

table and be sorted before moving on to the next

process which is the taper press.

>> HUNTER: Several of the cases that we produce are tapered cases.

This is a taper press. It's got a carbide die that is actually forming

the case to a taper. They're checking...

and not too large. From here, these cases are going to go to

The reason they call it the eye is because of this fiber optic cable.

have a flash hole. It's also set up with ball bearing D pins

on this arm. So if a part comes through that's too long

>> BRANDON: So it's a real high level mechanical inspection.

>> HUNTER: Yes, it's a mechanical inspection. >> BRANDON: Where we heading from here?

>> HUNTER: Polish. Here we have our finished product.

This product's ready to be packaged and sent out the door to the customer.

you sending out a week? >> HUNTER: About 3 million cases a week.

>> BRANDON: 3 million cases a week. Well I tell you what, I thought it was an

impressive tour. Thank you for your time.

>> HUNTER: No problem >> BRANDON: I learned quite a bit about it.

I never knew there was so much into making a piece of brass. Thanks a lot. 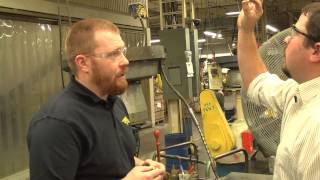 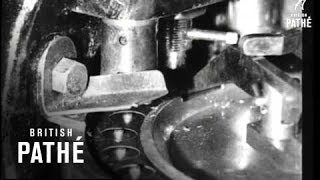 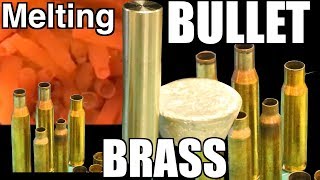 Can you machine bullet brass? Let's find out! FarmCraft101 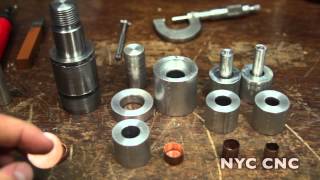 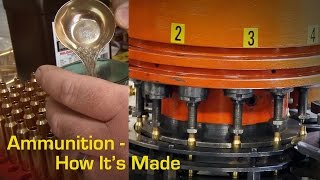 How Ammo Is Made - Go Inside Remington's Ammunition Plant 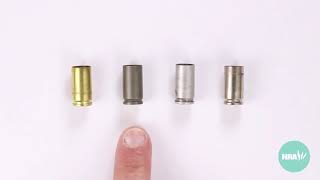 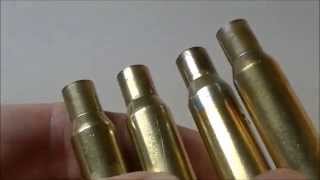 How I Anneal Brass Cartridge Cases for Reloading 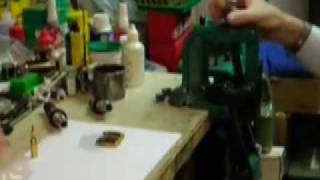 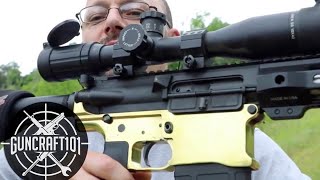 What Happened to the Cartridge Brass AR10? GunCraft101 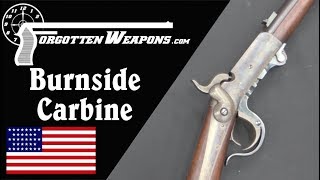