How is a ball of wool made

How Yarn is Prepared & Packaged

Welcome back to The Crochet Crowd as well as Yarnspirations.com.

USA, in Washington, North Carolina. Before we can enjoy this leading brand

of yarn, the fibers are died and spun into yarn strands in another location in

the united states... before even coming to the Caron Yarn Factory. They come in

tightly wound spools which require processing before you recognized it as

the Caron One Pound yarn ball.

Now look carefully the spool yarn, it appears to be thin but it needs to be

brought to life before crocheters and knitters can enjoy this yarn. Here

the operators are loading white spools even though red spools are already loaded.

They're actually, in fact, changing the colors of the yarn in mid process to

avoid setting up the machine from scratch.

each of the three spools are actually tied to each other. When one

it automatically pulls the next spool without having a machine to stop. The

Did you just see that? The operator just grab the spool and the tied the strings

together as she lifted it up to put the new spool underneath. The spools need to

stay in order to prevent tangling. The strand that she is grabbing is the

If you have a knot inside your ball, chances are that it's the industrial spools

ending from one to the other.

and fed into the machine at a super fast speed.

Look carefully... you to see the strands flying up... most likely not. Let me show

you a better view in another machine. You can see it clearer when processing white

Look how fast that is unwinding. Those spools, now that the cones are loaded,

the strands travel up over the aisle and then down onto the processing conveyor.

The machine lays down the yarn in a circular formation onto the conveyor.

other side of the line.

The strands need to be brought to life with a heavy blast of steam.

The thin strands will immediately expand... you can see the difference of the yarn

thickness from one side of the steamer to the other.

Now that it's all puffed up, it's going to be slightly damp and needs to be

ball once out of the dryer.

moving too fast or too slow to the winder.

The machine is timed to rotate a set number of times per cycle . Winding tightly

You can see that each one of the conveyors are working independently.

When the winding stops, the conveyor still moves forward to get ready for the

next cycle and stops when the strands are detected at the end of the conveyor,

The operator cannot remove these tightly well balls on their own.

The machine ejects forward and pushes them almost all the way off.

They removed the ball and then set it on the conveyor, while resetting the spool

at the same time to be ready for the next spin cycle.

They work down the line as each one of the winders work togethe. Once the

operator is done, they will begin the winding cycle once again.

off the winder? The tightly wound balls have a big diameter so that when it's

removed from the winder,

the yarn relaxes and the tension is released to the inside of the ball.

The yarn ball now resembles a tin can.

on the store shelves.

The yarn ball goes through a space of the machine that is too small.

This causes the ball to compress and roll at the same time.

a yarn ball. The ball is perfectly shaped and ready to be labeled. The automatic

it forward down the line.

the yarn is put into a bag to protect it during transport and then placed into a box.

The yarn is now sent to the warehouse and when the stores ordered the yarn,

it's now picked, wrapped and ready to ship . It's now ready and waiting for a

truck to bring it to a store near you.

So that's been pretty cool.

Now that you've seen how it's done, let's examine the yarn ball knot as

it's a pet peeve.

So why can there be more than one know in a yarn ball?

acceptable within a yarn ball.

This is done to prevent excessive waste and, honestly, perfectly good yarn from

ending up in a landfill. Higher waste by the manufacturer means that the

labor and handling of yarn that is considered a waste.

final ball. Like you've seen earlier the process of the spinning is extremely

and should a strand break, the operator removes the yarn and the Machine continues to

spin this yarn until it hits its target weight.

So while I understand that knots in your ball can be a pet peeve,

together. To guarantee a ball without knots, will create excessive waist and

affordable. At the end of the day,

cut our waste and be more environmentally conscious. 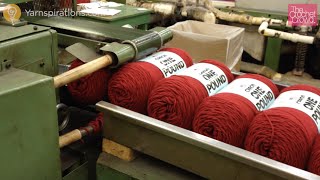 How Yarn is Prepared & Packaged 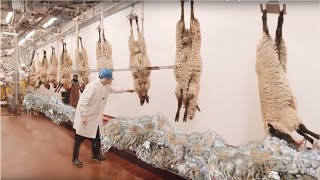 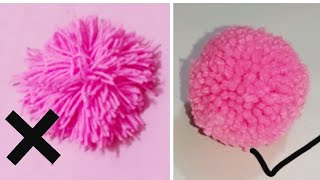 How to make perfect woolen ball/DIYCRAFTMAGIC 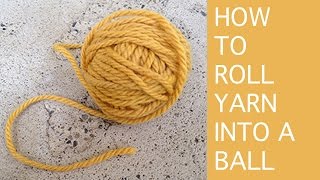 How to roll yarn into a ball 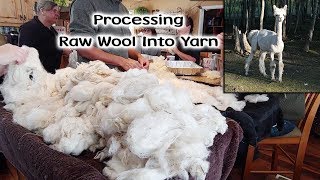 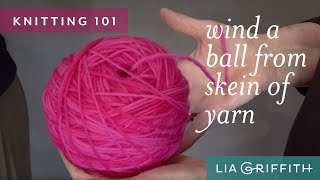 Knitting 101: How to Wind Yarn Into a Ball 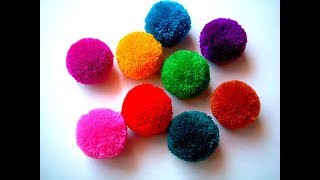 How to make pom pom easily with wool 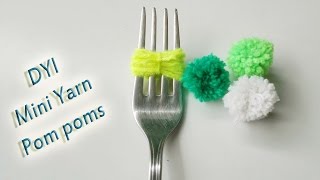 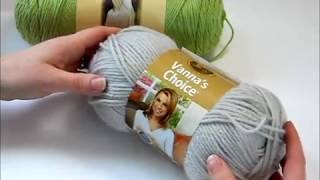 How to Find End of Yarn 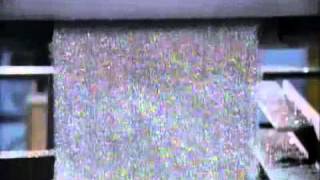 How it's Made - Steel Wool