Your Brain on LSD and Acid

is a psychedelic drug famous for altering your perception and creating hallucinations.

But how does it actually works and what is the effect on your body and more importantly, your brain?

Lysergic acid diethylamide was first synthesised in 1938 from the fungus that grew on rye.

In 1943, the inventor Albert Hofmann accidentally touched some to his mouth,

got high and became the first person in the world to learn about psychedelic properties of LSD.

Research on the drug took place in the 50s and 60s, but as recreational use began to spread,

psychedelic drugs were made an illegal Schedule I drug in the US and research programs were haulted.

While other drugs are dosed in grams, a single dose of LSD is measured in one 100,000th of a gram,

which is one 10th the mass of a grain of sand.

But most research is on the stimulatory serotonin receptor 5H2TA

LSD hits the receptor at an unexpected angle causing it to fold over the LSD creating a lid.

The LSD is then trapped which makes this receptor continually fire, causing you to hallucinate.

Your body responds by sucking the 5TH2A receptor into the cell in order to degrade the LSD,

but this can take up to 12+ hours to happen which is why the high can last so long.

researchers found that the drug causes parts of your brain to communicate in unique ways, especially in the visual cortex

described as a feeling where the boundary that separates you from the rest of the world dissolves.

Many people report this feeling brings a sense of reconnection with themselves, others, and the natural world. In fact,

a study on 20 healthy volunteers receiving 75 micrograms of LSD saw that 2 weeks after being dosed,

they scored higher for the traits of optimism and openness, with increased creativity and imagination.

This has lead researchers to consider LSD as a therapy for patients with death anxiety and life-threatening illnesses.

Researchers found that 12 months after treatment, patients reported a reduction in anxiety and rise

in quality of life, as the drug helped them restructure their habits and worldview.

It is also why the trend of microdosing is emerging,

where a person takes one 10th of a recreational dose of LSD, attempting to skip the

hallucinations and instead experience heightened alertness, energy, and creativity.

cocaine and heroine, there's still an extreme lack of scientific studies to the explain the widespread

irrational fears, paranoia, and panic attacks. LSD can also cause flashbacks, where months after the drug has

worn off, it can feel as though you're experiencing the effects of the high all over again. In some extreme occasions,

people have developed Hallucinogen Persisting Perception Disorder, which is like a never-ending trip.

Thinking that LSD can lead to psychosis and the risk of suicide are overstated.

risk of developing psychosis, depression, or suicide attempts, but the new research around LSD's

potential positive effects is also very young. So this might not be a trip you want to take.

Wanna learn more about your brain on drugs? Check out our playlist that covers many other substances

and how they affect you, and subscribe for more weekly science videos every Thursday. 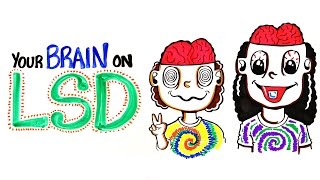 Your Brain on LSD and Acid 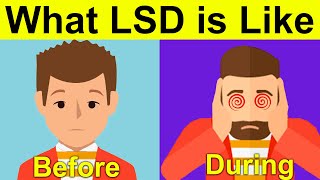 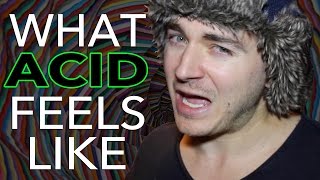 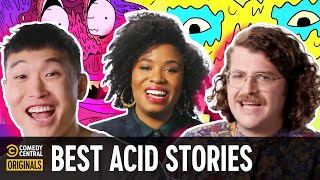 Comedians' True Acid Stories from "Tales from the Trip" 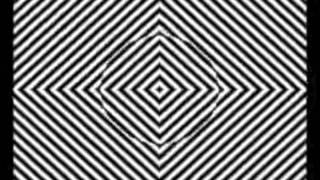 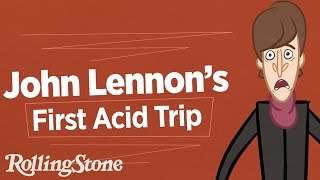 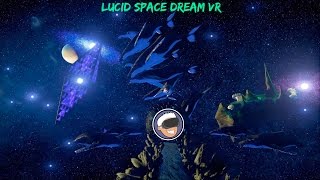 Lucid Space Dreams is Like Taking a VR Acid Trip! 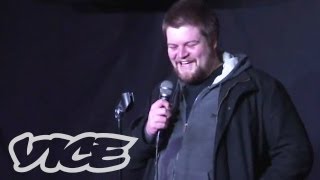 Stand Up Comedy... On Acid! 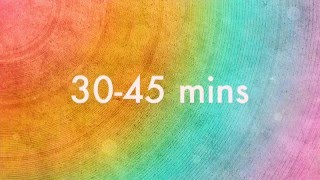 How To Have A Good LSD (Acid) Trip